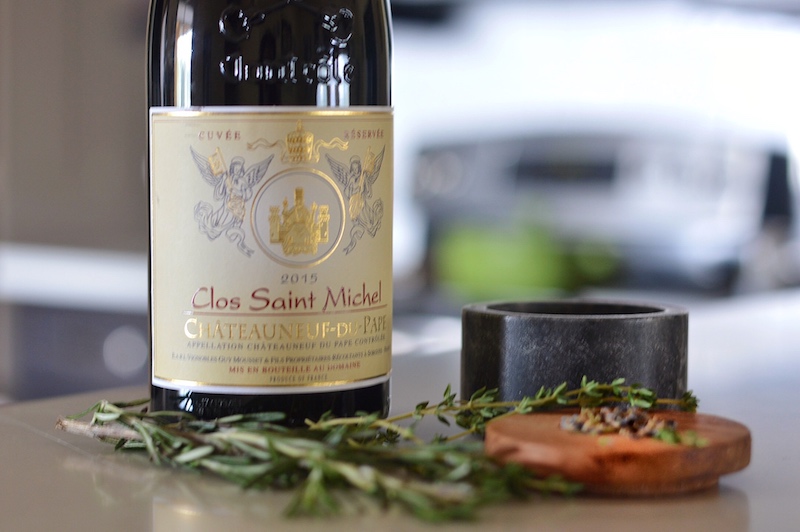 It’s been awhile since I blogged or spent time in my kitchen, apart from preparing something quick for the sake of sustenance and getting me through one work day and into the next.

Time for a brief, mental getaway where I’ll pack the car with a cooler, head over to Yellow Green Farmers Market early and then drive over to Hollywood North Beach for a run. In 45 minutes, I’m able to run a little over four miles, north to the Dania Beach pier and back down to the Hollywood Broadwalk. (Go ahead and call me slow poke, but I’m not running for time, and have found a great way to beat the deadline stress plus maintain the same dress size despite my “calories don’t matter” cooking adventures!)

This weekend, my palate travels to Provence. Probably one of my most memorable holidays was spending two weeks in the French Riviera. Set southwest of Nice, Pierre et Vacances is a chain of short term rental apartments in Europe. In Cannes La Bocca, you can book a fair size apartment with a small kitchen and a large balcony that overlooks both the resort pool and crystal blue Mediterranean! Considering how close it is to fancy Cannes, it’s not that expensive. Check it out here. It’s also steps from the market where you can pick up a baguette, fresh vegetables, cheese and a rotisserie chicken.

There’s so much more to Provence than the Mediterranean and should I return, I’ll hop on a train and head northwest. There you’ll find me prancing through fields of lavender and sipping on Châteauneuf-du-Pape!

However, in the meantime I’ve found a way to bring a little Provence into my kitchen. – be forewarned that roast chicken will never be the same after you try this recipe.

A Little History of Lavender

It was impossible to find fresh lavender, but Herban Tapestry (located in Yellow Green Farmers Market) offered three options. The aroma of the less expensive one didn’t seem significant enough to add to the dish and the most expensive one seemed better for a soak in the tub. So, I chose the mid-priced offering which smelled fragrant enough to blend nicely with thyme and rosemary.

The best time to find lavender in full bloom in Provence is early to mid-July, although travel forums recommend that you check closer to your trip since the season lasts only a few weeks. Jean Giono wrote: “Lavender is the soul of Provence.” It was the Romans, however, that were the first to discover how to extract the oil. Did you know that lavender derives from Latin lavare meaning to ‘wash?’

As you know, I am a wine newbie, so if you’re a wine expert and stumbled upon this blog post, pardon my simplicity. Clos Saint Michel is the name of the winery; Châteauneuf-du-Pape is the region (and translates to the Pope’s New Castle); and the term cuvée reserve refers to a higher quality wine and in this case, from vines more than fifty years old. This wine is made up of 40% Grenache, 30% Syrah and 30% Mourvedre. The winery is situated upon the former bed of the Rhône Valley, thus the terroir (or land) is pebbly and rocky.

DYK that 95% of all wines in the Rhône come from the Southern Rhône? More than 380 million bottles per year! If you care to learn more, click here.

Aroma and Flavor Notes: I’m still grappling with tasting notes and I know that’s because of my newbi~ness. Hopefully, it all will dissipate in a year when I’m self-predicted to be at the end of the CSW textbook. When reading about this wine, I noticed the word “leather” mentioned a couple of times. Now I didn’t smell or taste leather, nor do I know if I could, as I sit comfortably on my leather sofa staring at the back like a child tempted to lick a metal pole in winter (that’s a Canadianism, I know.)

So according to Vinfolio.com, “when a critic tastes leather in a wine, he is almost always talking about the tannins. This makes sense, since the same tannins in wine are also used to tan leather. In reality, leather smells like bold red wine, not the other way around.”

Speaking of the CSW, I’m through the second round of reading chapters 1 and 2 with twenty-one more to go!  Whereas I thought from the start that I’d be diving into regions, grapes and history, I’m here stuck in acids and compounds, flashcards and brain strain.

A punny thing is that until last week, lactic acid meant to me that annoying buildup in the legs that you roll out after a run. However, in wine:

Lactic Acid is one of six different acids found in wine and created by the winemaking process. A chemical compound usually found in dairy products, this mild acid is created when a wine undergoes Malolactic Fermentation (MLF) – the process that converts Malic Acid into Lactic Acid….Lactic Acid also appears naturally in grapes during the fermentation process when the yeast converts sugar to alcohol…

Have I lost you? Well, you’ve reached the end and thanks for supporting my acidic banter. The good news is that my Provençal roast chicken is done and the Châteauneuf-du-Pape uncorked for the hour that it took me to write this post.

I’ll finish by saying that the marinade and a cavity filled with lemon chunks and whole garlic cloves produced a succulent and aromatic roast chicken. It is served with a side of roast vegetables.

Until next time, let scent transport you to another place and melt away your stress, and may indulgence be the reward for a routine of moderation.